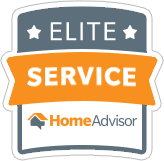 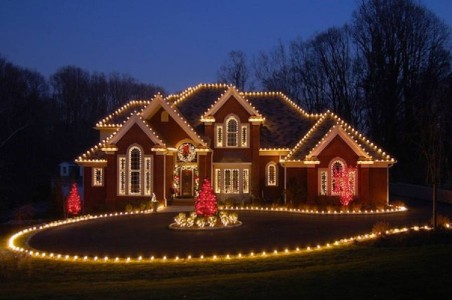 Energy Usage.  The differences in technology between incandescent and LED bulbs greatly impact the amount of energy they consume.  The incandescent technique of zapping a filament with electricity so it will burn and emit light, wastes a lot of energy because as the filament burns up, it also emits heat.  LED light technology passes electrical current through semiconductor material, which illuminates tiny light emitting diodes (LEDs).  Most of the heat produced is absorbed inside the bulb.  This is why LED Christmas lights use up to 90% less energy than incandescent Christmas lights.

Cost-Effectiveness.  The higher cost of LED lights is a hurdle for some consumers who have trouble justifying why they should pay more.  Consumer Reports compared LED and incandescent Christmas bulbs to determine the comparative cost of light strings of 50 feet for 300 hours.  They found that while LEDs cost more per string, their operating cost was lower:  1 to 3 kilowatt hours of energy compared with 12 to 105 kWh for the incandescent lights, with an overall cost savings of the LED Christmas lights being $1 to $11 for the usage period. 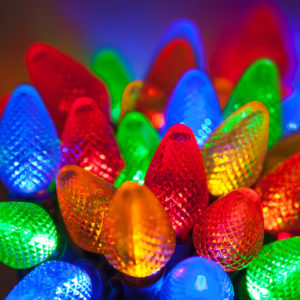 Cool to the touch bulbs.  Incandescent light bulbs not only waste energy by emitting heat into the atmosphere, hot incandescent Christmas bulbs, over time, pose a risk for fire and burn injuries to our hands, children and pets.  Also, the plastic housing of LED Christmas bulbs virtually eliminate the danger of broken glass from incandescent light bulbs.  And from the environmental point of view, when less energy is consumed, less carbon dioxide is produced.

Longevity.  LED technology is more durable and longer lasting.  The Consumer Reports study mentioned early also compared incandescent and LED Christmas bulbs for their longevity.  The LED lights were still working after 4,000-plus hours, while each of the incandescent strings had one or more bulbs burn out before 2,000-hours of usage.  Obviously, the need to replace bulbs and strings is much less frequent for LED Christmas lights.  While most LED bulbs are rated for a service life in the range of 25,000 to 75,000 hours, this greatly depends on the manufacturer, weather conditions used in, length of exposure to outdoor elements.

At Long Island Christmas Light Installation we are dedicated to using only high-quality, high-performance, energy-efficient Christmas lighting products.  We exclusively use LED Christmas lights for the five reasons described above.

We start with a FREE, prompt, courteous, professional, initial visit from one of our award winning design consultants. The designer will ASK YOU WHAT YOU HAD IN MIND FIRST, then show you all your possible options big or small, as well as show you samples of our lights and displays that we use. We have a picture portfolio of over 800 completed jobs and come up with a design on paper that will wow all your family, friends and neighbors. We have a large catalog of lights, products and displays we will leave with you on our initial visit.